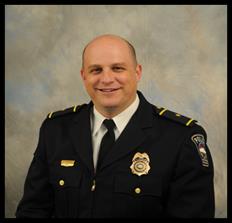 Kirk Wilson, a graduate of the 253rd Session, was selected to become Lone Tree’s new police chief. Wilson was chosen after the city conducted a nationwide recruiting effort and a lengthy narrowing process. Wilson competed against 78 applicants and found himself among a top three that included another Rocky Mountain Chapter alum. His appointment will be made January 17th, 2017. Congratulations, Chief!

At the time of his selection he was a commander at the Colorado Springs Police Department heading up their Investigations Division. A short biography follows.

Use the SAME BUTTON to secure your conference brick! The donation for the brick is $100.